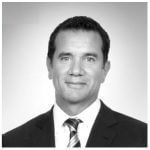 Mr. Lyons has over 30 years of experience in the medical device industry. A graduate of Syracuse University in 1986  with a BSME degree specializing in biomechanics, Mr. Lyons has held numerous positions with medical implant companies. In 1986, Mr. Lyons was a Development Engineer in the total hip group of Osteonics Corp., now known as Stryker Orthopedics (SYK). Mr. Lyons joined Exactech Inc. (EXAC) in 1989 as its first engineering manager of that start-up orthopedics company. Mr. Lyons developed Exactech’s first porous coated total hip system.

By the early 1990s, Mr. Lyons re-joined his brother William Lyons III as Vice President to lead their orthopedic manufacturing business, Brimfield Precision, Inc., established by their father in endoscopic instrument development and orthopedic implant manufacturing until it was acquired by Image Guided Systems. In 1996 Mr. Lyons co-founded Blackstone Medical, Inc. As President and CEO, Mr. Lyons grew the company’s sales from zero to $92 million in less than 10 years, until it was acquired by Orthofix International (OFIX). During that time, the company introduced over 20 instrument and implant systems throughout the U.S. and in over 30 countries around the world. Mr. Lyons holds numerous patents in orthopedics and medical devices. 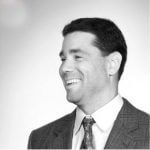 Bringing more than 25 years of precision manufacturing and business experience to the team, Michael Lyons is the COO of Extremity Medical, officially joining the team in 2014. Mr. Lyons is actively involved with the development of our product portfolio and serves as a board member for Extremity Medical.